Alphabetic Form
The exploration of letter forms with an emphasis on composition, positive and negative space and legibility. I focused on g, k, r, and Q for their dynamic shapes and individual characteristics. 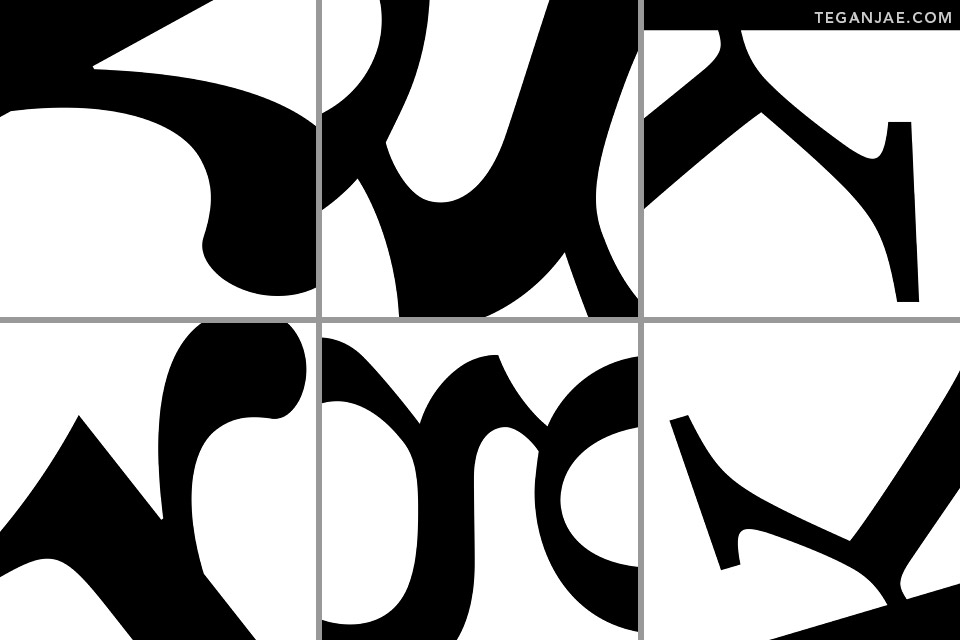 Letter Grid
The collaboration of upper and lowercase letter forms to create a composition using a strict grid format that emphasizes rhythm, repetition, hierarchy and a balance between fragmentation and continuous flow. I selected a, e, m and r and expanded the forms to a state where they are unrecognizable. 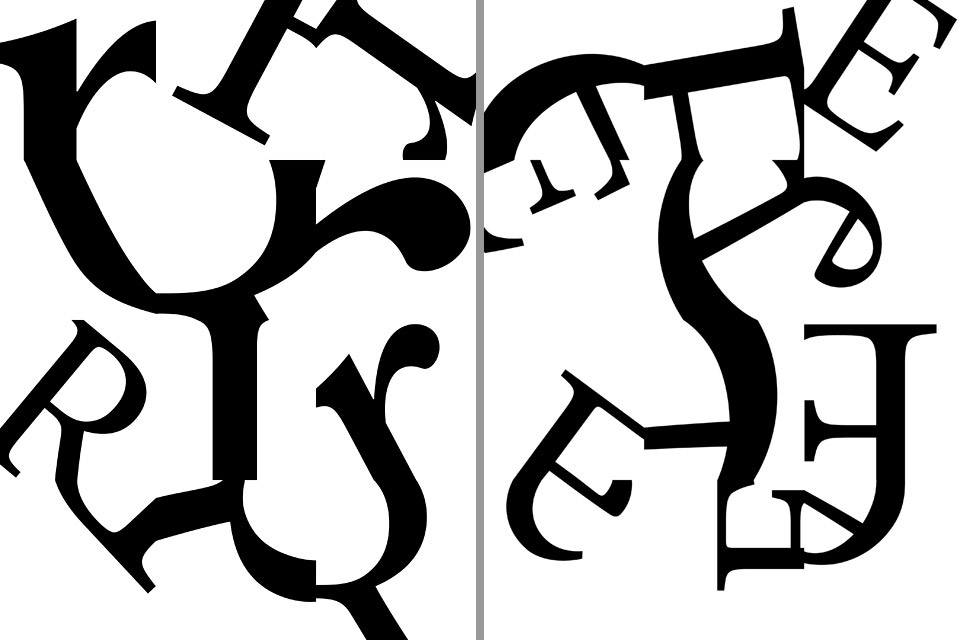 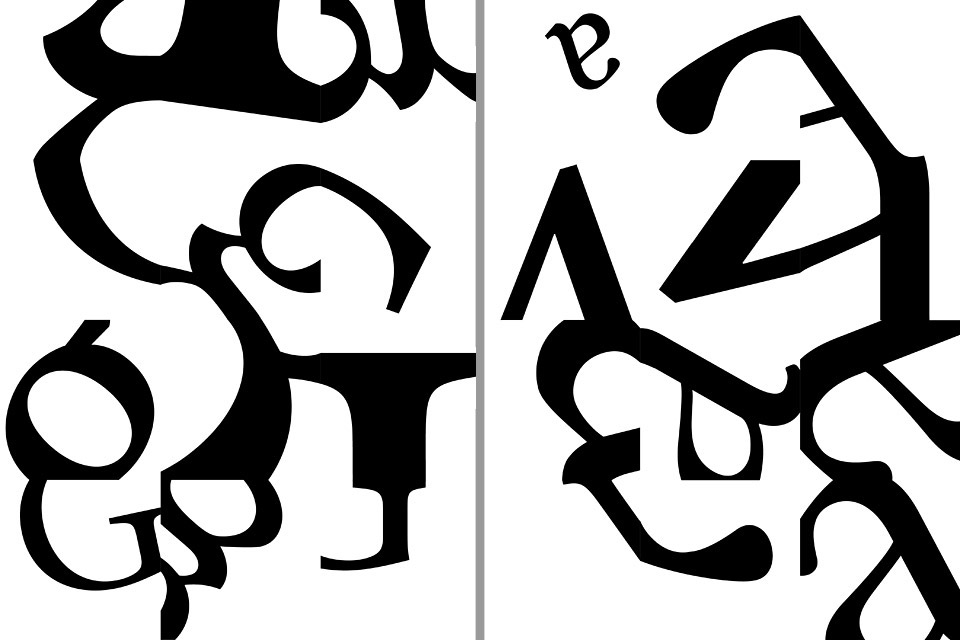 Letter/Number Combination
The exploration of curvilinear and rectilinear forms between one letter and one number to create static and dynamic designs.  The interesting compositions maintain legibility while disguising qualities of the form through cropping, overlapping, scaling, character forms, stroke weights and font style. 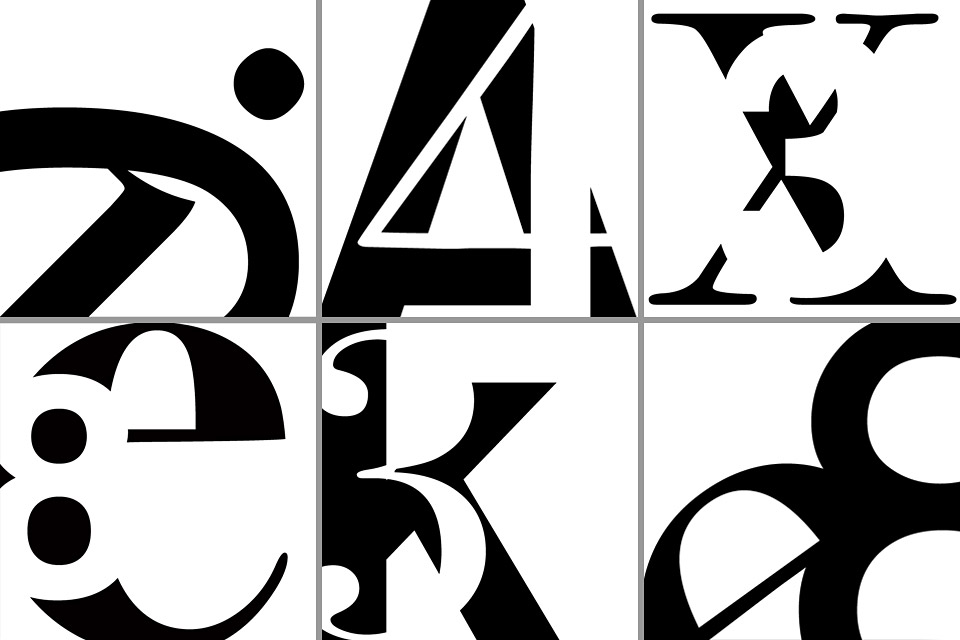