Think of the blank page as an unexplored city or civilization. The typographer enters this space and must change it. The reader will enter it later, to see what the typographer has done. – Robert Bringhurst

Hybrid: Experiencing Berlin is a book design exploration of typographic principles and their technical execution in relation to how people experience the hybrid (organic and grid) landscape of Berlin’s urban layout. Italo Calvino’s book Invisible Cities and John Lobell’s book Between Silence and Light: Spirit in the Architecture of Louis I. Kahn were used as continuous text with supplemental text from Robert Bringhurst’s book The Elements of Typographic Style.

A few of the major themes explored were based on the ideas presented in the continuous text. 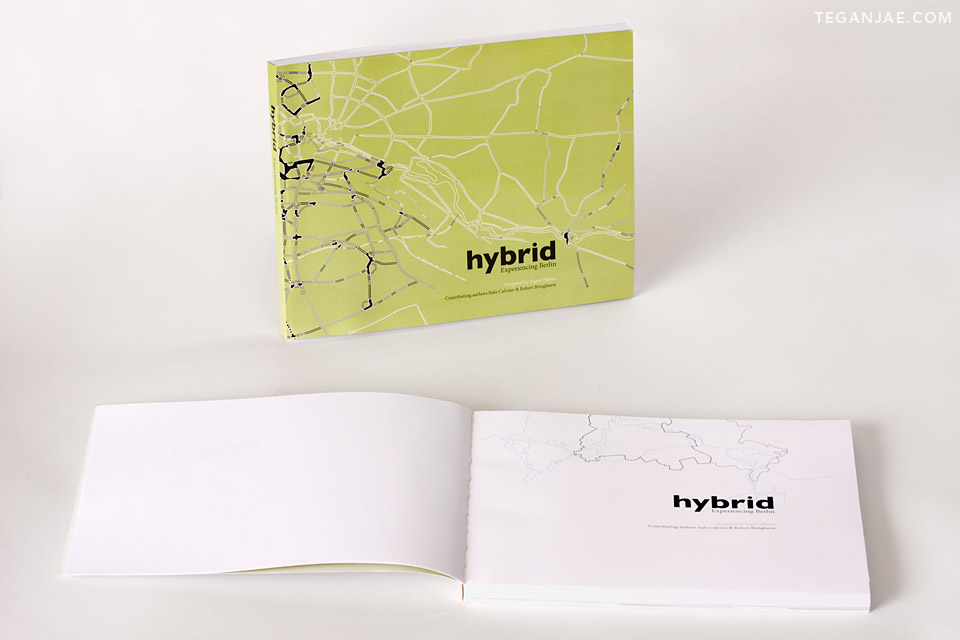 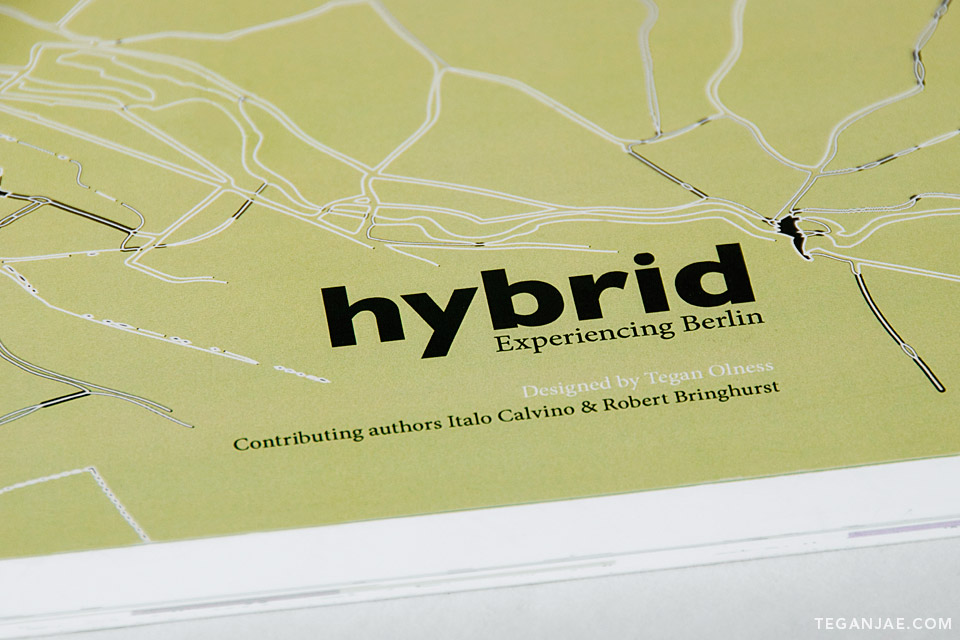 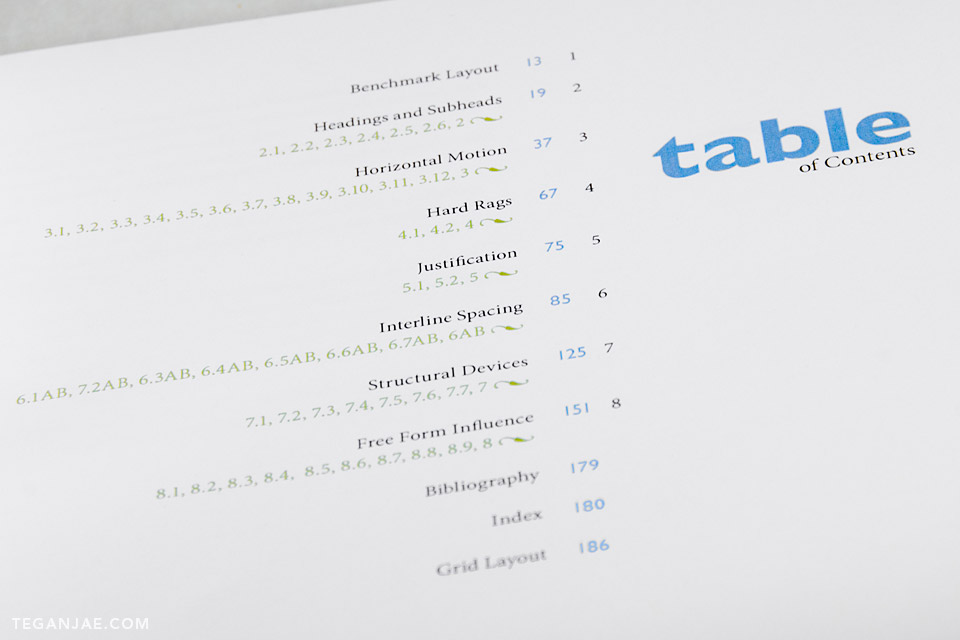 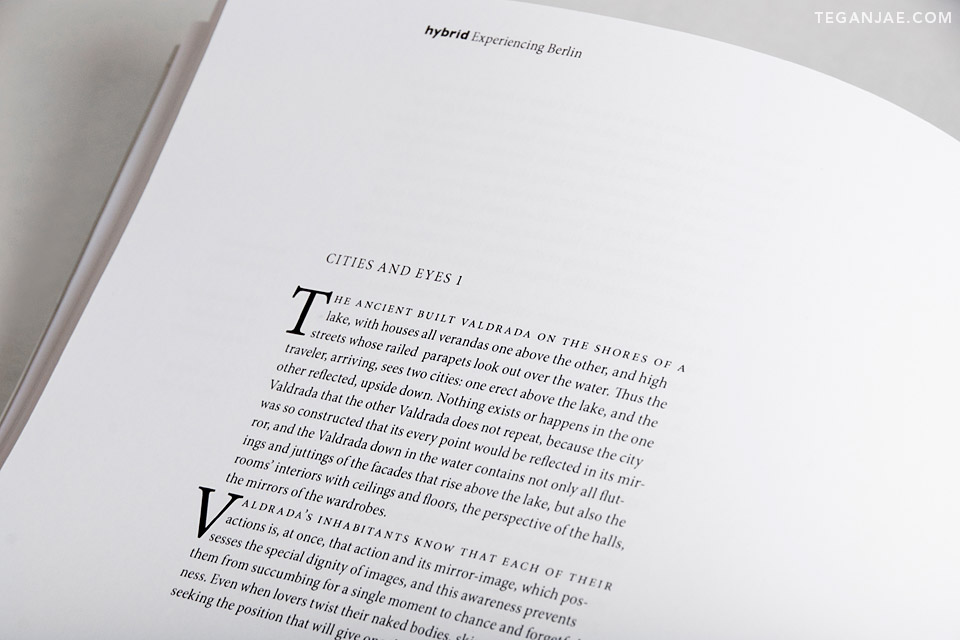 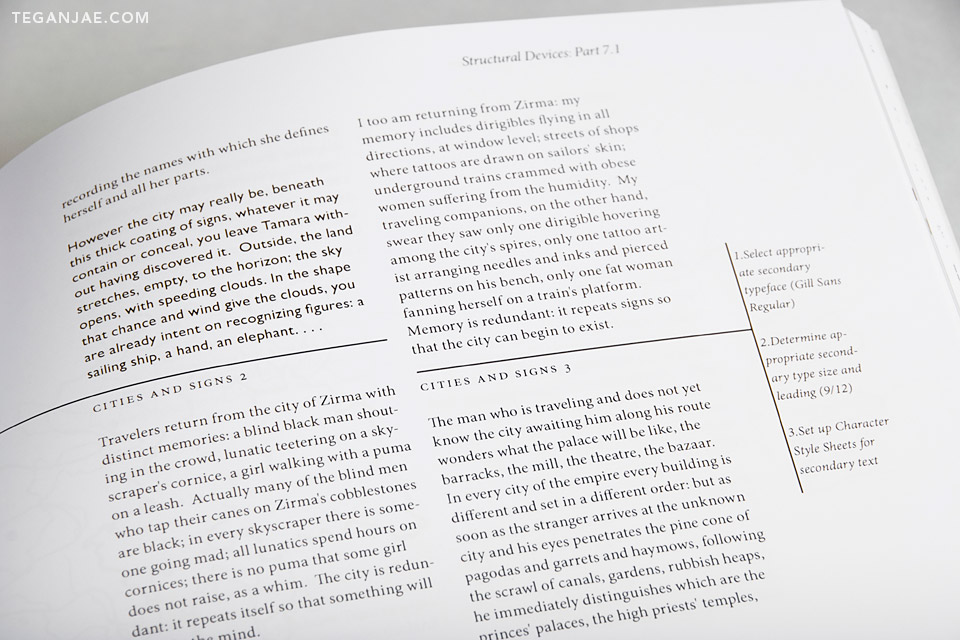 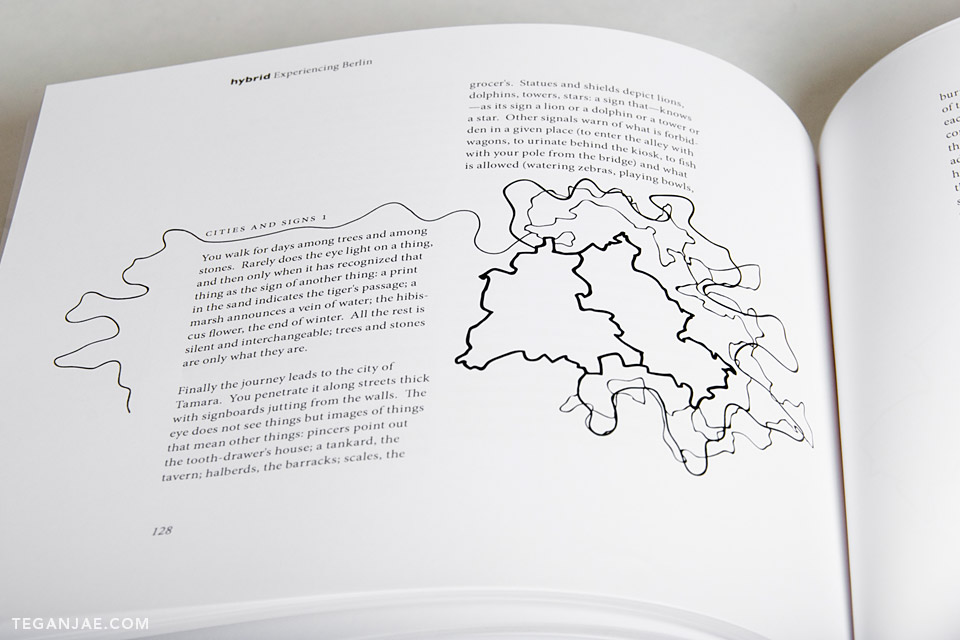 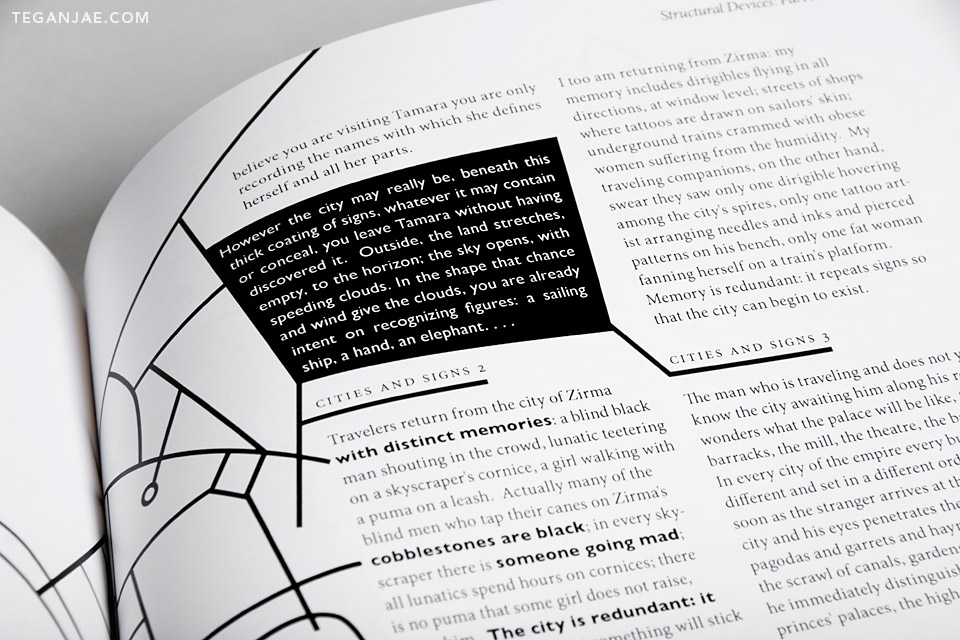 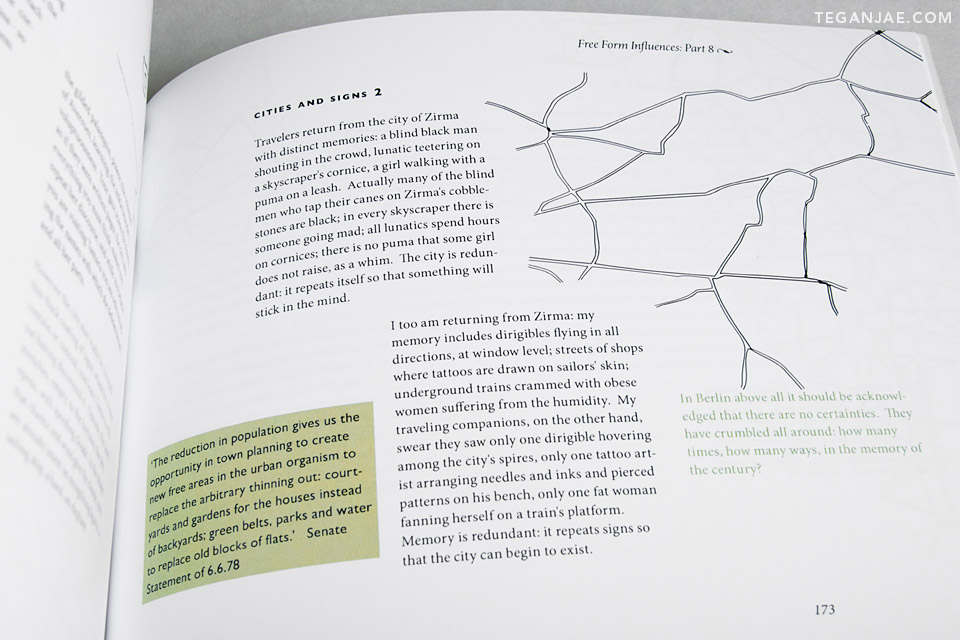 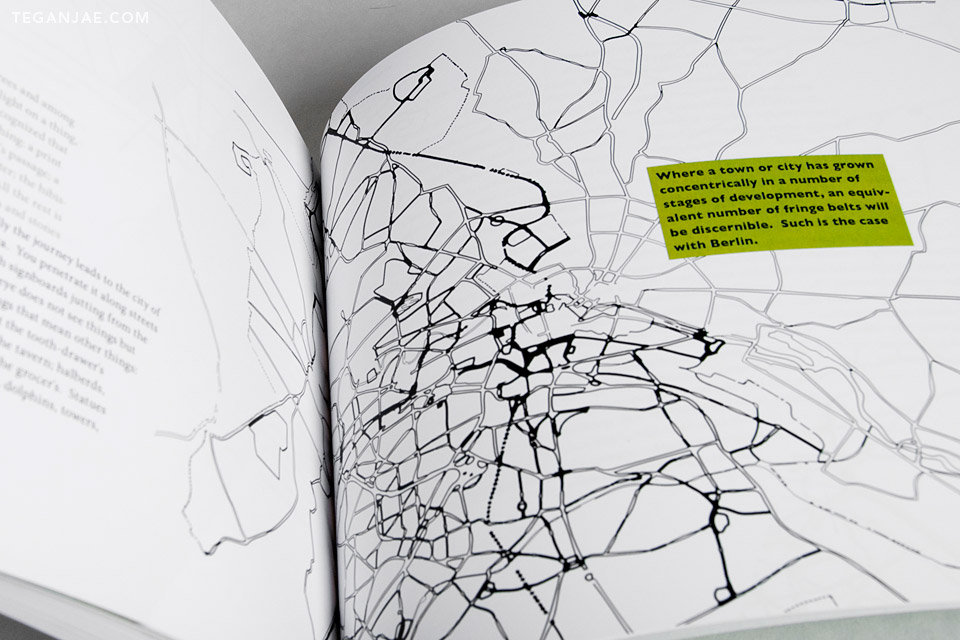 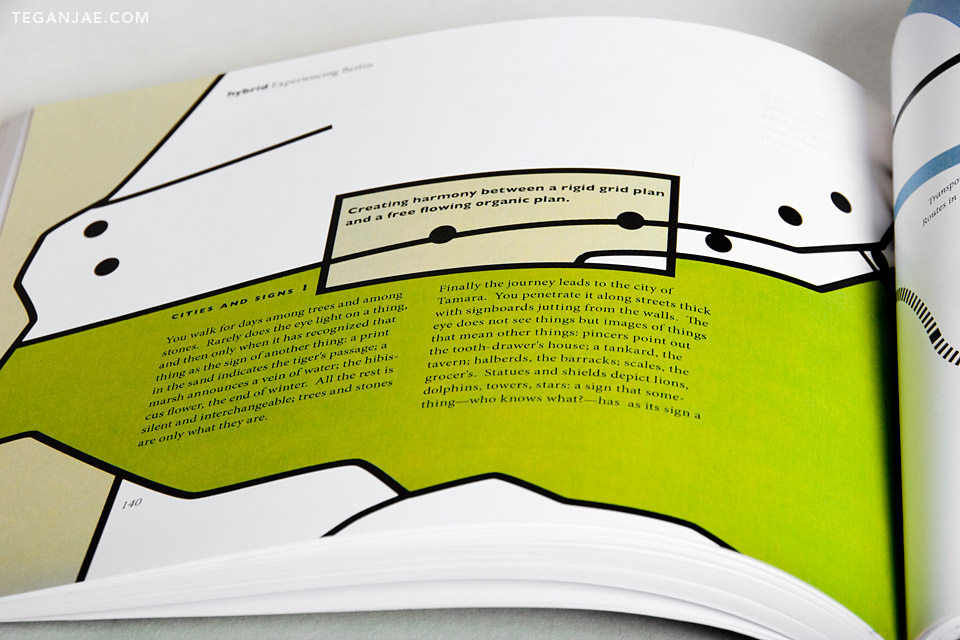 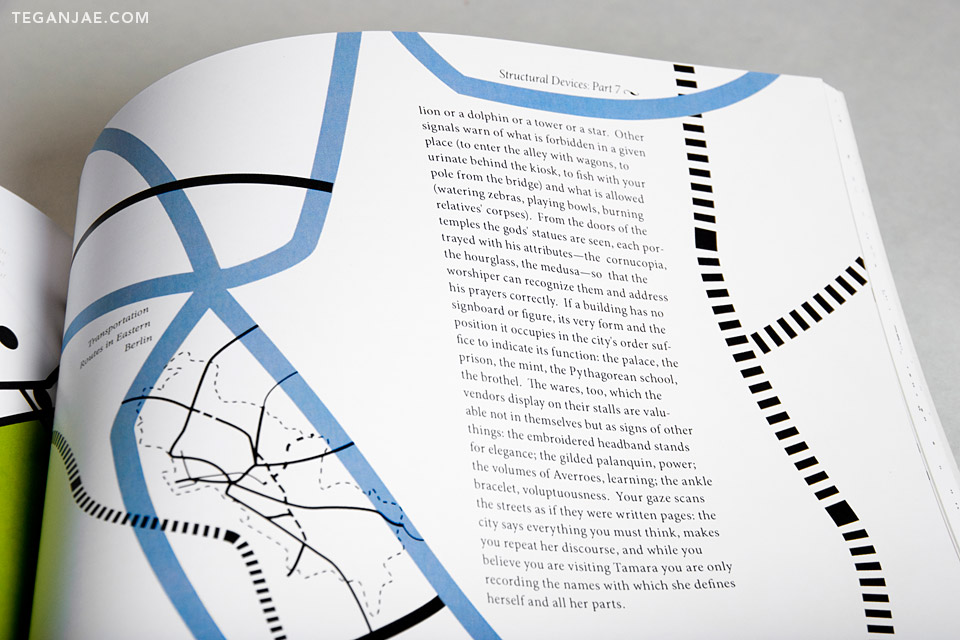 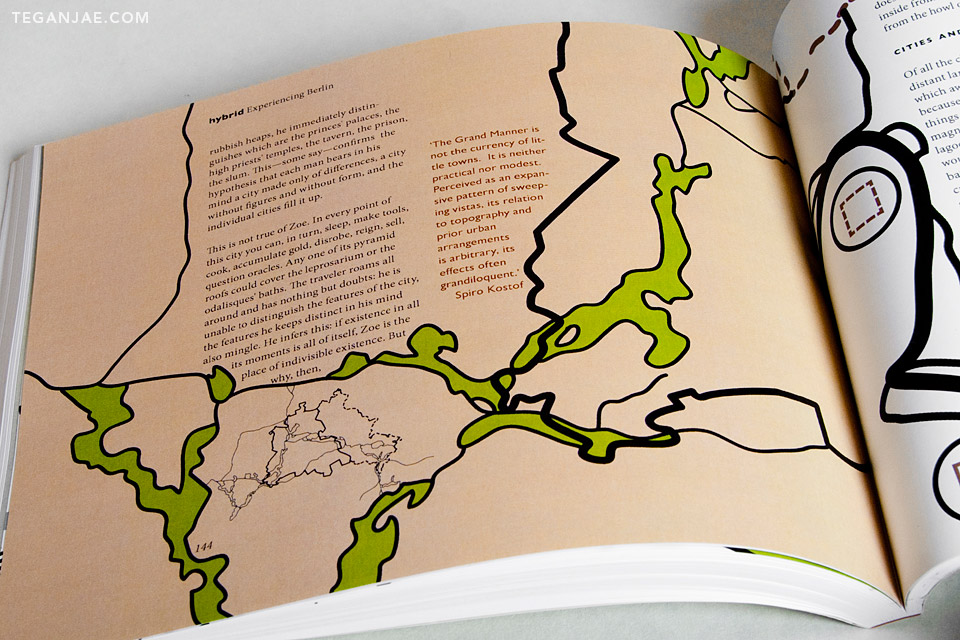 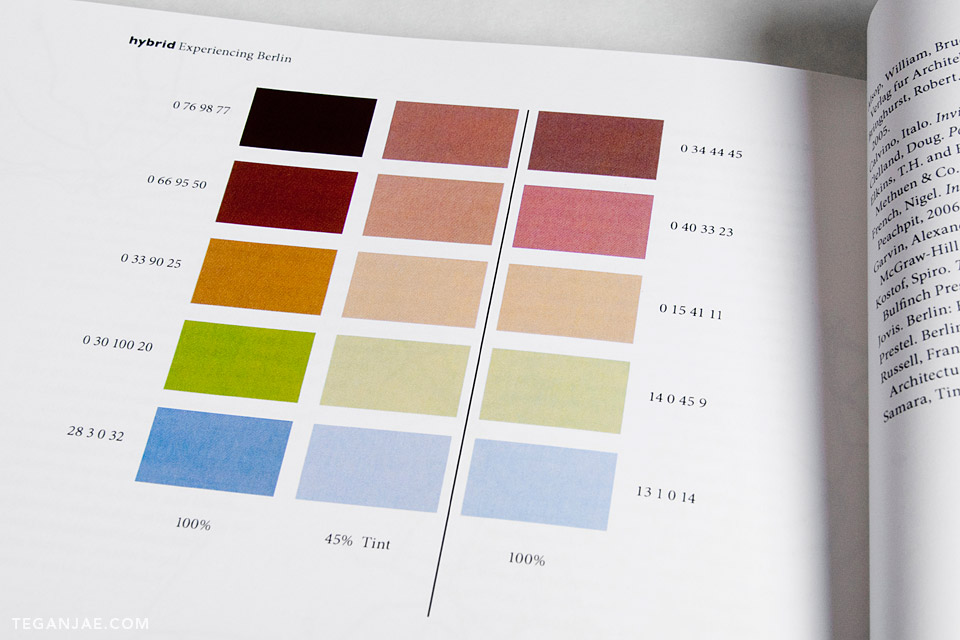 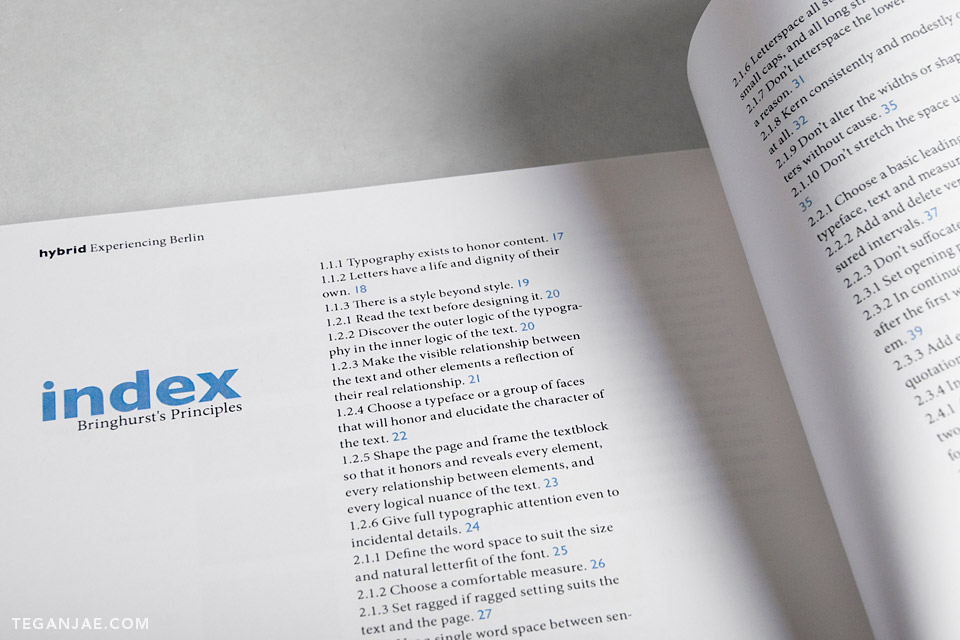 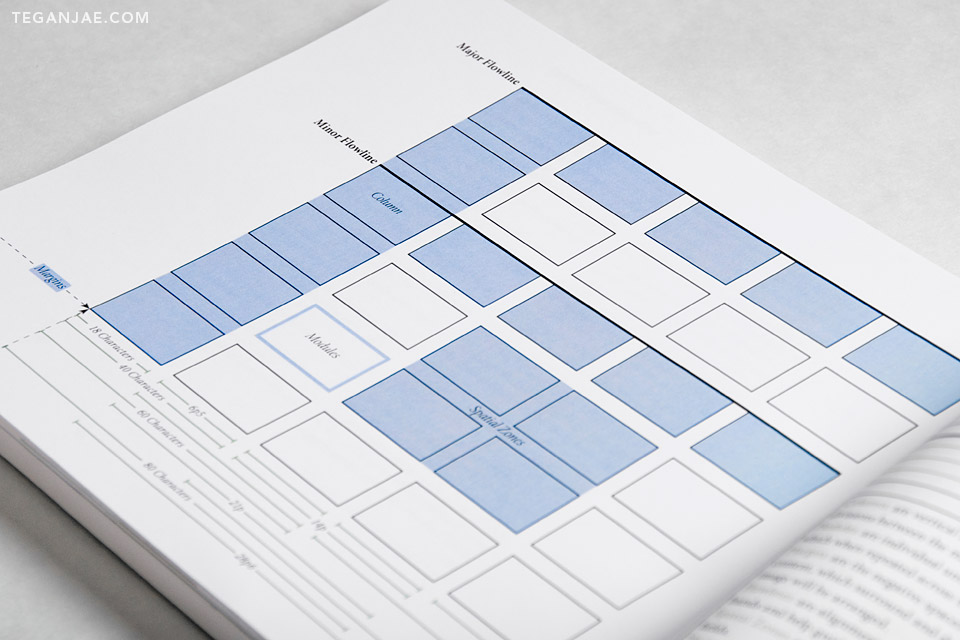 Berlin combines the culture of New York, the traffic system of Tokyo, the nature of Seattle, and the historical treasures of, well, Berlin. – Hiroshi Motomura